I thought Vegan Mayo wouldn’t be that good, until I tried it. It’s super easy to make and tastes and has the same texture as normal mayo, but IT’S VEGAN. ????????

We made 3 different versions; one natural, one with chipotle (if you like spicy I strongly recommend this) and the last one with mustard and curcuma for color, which is a banger!

I used a hand blender, but I’ve also tried to make this mayo using a regular blender, and it works as well, although I think a hand blender is the best choice. As good if not better than normal mayo because IT'S VEGAN!! 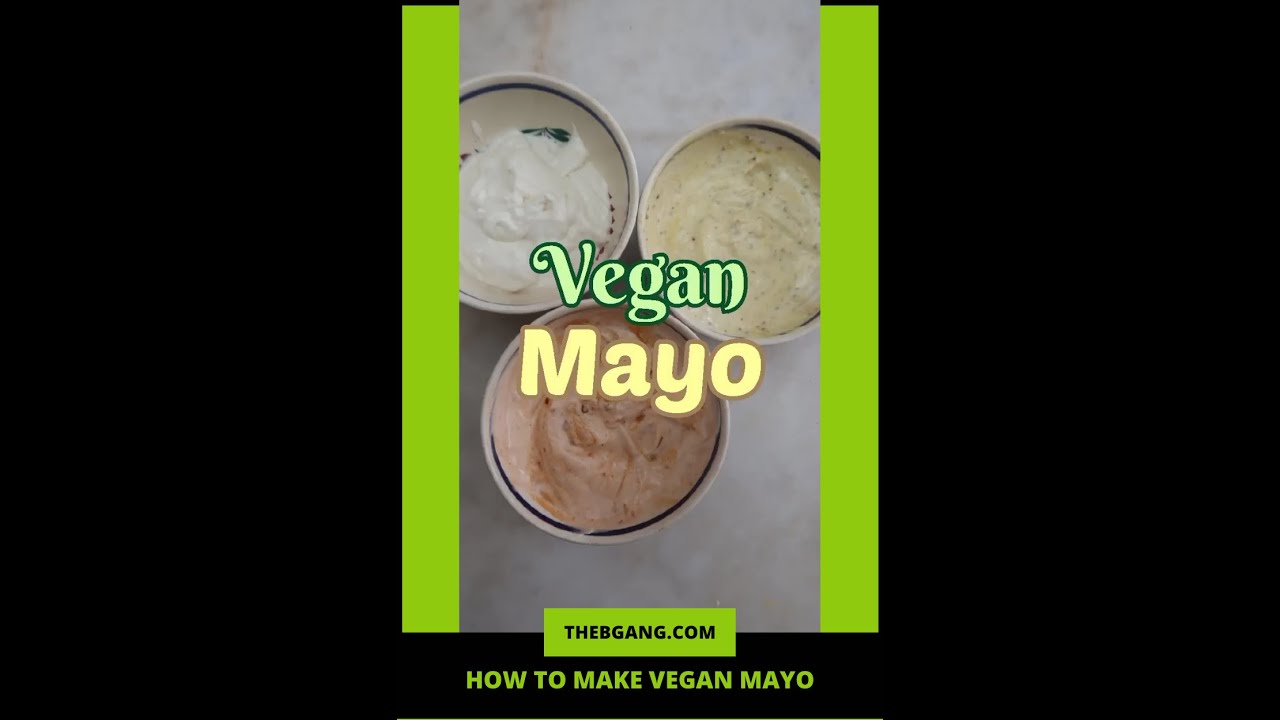 Did you make this recipe?

Tag @thebgangcom on Instagram and use #thebgang, so we can see all your recipes!

Pin this recipe on your recipes inspiration board and share it with your followers!

The Bgang is the fastest growing vegan community and was founded by Sebastian and his 2 siblings. Read more about them by clicking the image below. Pasta For Our Saved Bunnies Subscribe and receive some occasional nuggets (vegan, of course 😉), right in your inbox! 💌

About
Shop
Track Your Order
Blog

Powered by Trust.Reviews
Leave a review on google

The Bgang - Question Everything, Live Consciously

Great! Get your free cookbook 👇 Get your free cookbook 👇

Do you want to have more energy, save more money, live healthier and be happier?

yes, I want that!

Keep an eye out on your email, you will be notified.